*Before I continue I should note that the reason I got most of these photos is for working with PinkMafia but considering they needed to trim it down, i decided to throw up my own… director’s cut, let’s call it*

Opening for RJD2 was Breakscience, the best surprise of the Fest. Imagine the heavy dubstep sound of Rusko but experiencing the beat dropping with a live drummer hammering out the breaks. Percussionist Adam Deitch and Key-J Borahm Lee make an amazing team and seeing them live is something you want to talk about long after their set is over. Visit myspace.com/breaksciencemusic to learn more on how this awesome progression in modern drum & bass was formed and obviously rock out to some of their tunes while you’re there.

RJD2 rocked as always and he opened his set wearing a bedazzled version of a robot costume. Nuff said.

Happening at the same time/around the corner from RJD2 was AudioBlood‘s Showcase at the El Mocambo. AudioBlood has coveted so much young talent in the indie rock scene, it makes me sick… in a happy amazing way. They manage rising rock group The Balconies (who played an electric show at the Horseshoe Saturday night) and Sandman Viper Command who finished off the showcase Thursday night. Sari Delmar, founder of AudioBlood Media, certainly has en eye for rising talent in the current music scene so be sure to keep your ears perked and eyes peeled for these up-and-coming bands. It also helps that Delmar is an awesome chick who is always down to hang out, drink beers and see great live music, naturally.

The photos below are of Leif Vollebekk, Make Your Exit and Sandman Viper Command.
*The full AudioBlood bill also included We Are the City, Clothes Make the Man and The Darcy’s

Be sure to check out their myspaces and AudioBloodMedia.com to learn more about the acts﻿! 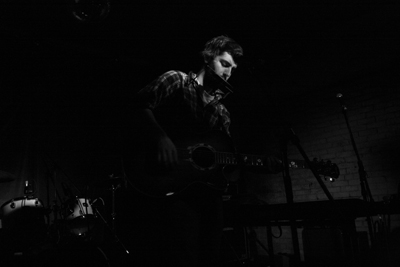 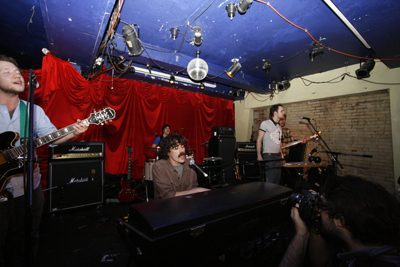 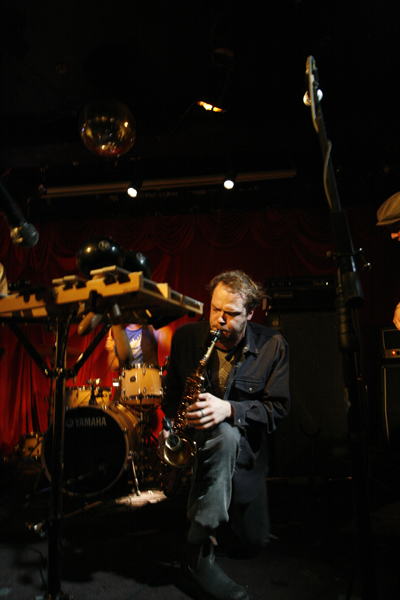 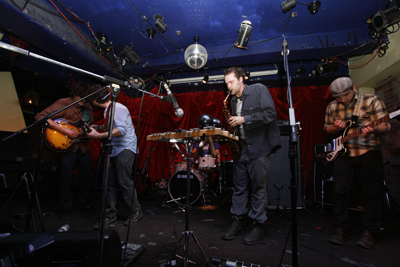 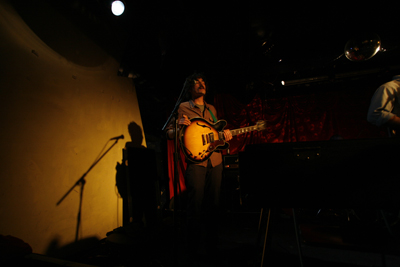 Is it awful that I’m still so exhausted from this week?

Error: Twitter did not respond. Please wait a few minutes and refresh this page.